Love is in the Air!

Cupid is frolicking in the air this month, and with Valentine’s Day right around the corner, no one is guaranteed safe from his quiver and bow. If as Shakespeare said, “Music be the food of love,” these musical couples are feasting! Get to know some of the musical lovebirds in the VSO. 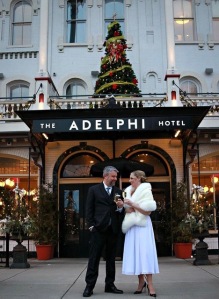 Will Wise (second oboe) and soprano Susan Boddie met at the College of Saint Rose in New York where they were both on the faculty. They enjoy a fruitful partnership in life and in art, frequently collaborating in performances and exploring new works for their instruments. They also have enjoyed the even deeper bond that hiking Adirondack High Peaks has nurtured–especially during the pandemic. Will proposed to Susan on an ADK High Peak, and they were married on New Year’s Day of this year. 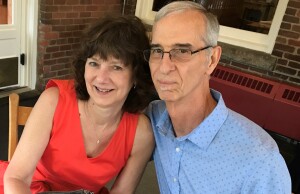 VSO English horn Ann Greenawalt’s husband David Ellis is primarily known as a jazz trumpeter. They met in New York City when he was playing a regular concert series at Alice Tully Hall with the New York Renaissance Band. Over the past 26 years they have played classical music together in various groups and have provided music for many Easter services around the area. In addition to making music together they also work together—at Ellis Music in S. Royalton. 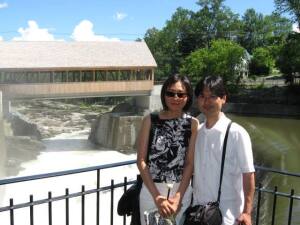 This Valentine’s Day is the 18th anniversary since Takatsugu Hagiwara (VSO tuba) and his wife Mana Washio started dating. After meeting in an amateur chorus, Mana and Taka have enjoyed singing together for fun. Mana has also substituted with the VSO on flute. Watch for a social media post coming soon of Taka playing Saint-Saëns’ “The Swan” with Mana accompanying him on piano. 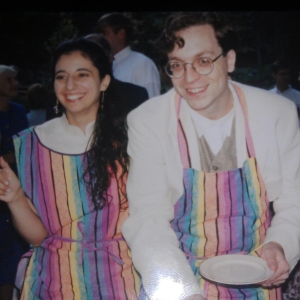 Gabriel Langfur Rice (VSO bass trombone) and his wife Deborah Boldin met during graduate school at New England Conservatory, at a party in an apartment on Huntington Avenue, where Gabe was struck by her sparkling brown eyes. Later, he followed the biggest flute sound he’d ever heard practicing the Nielsen Concerto in the locker area underneath Jordan Hall. The Nielsen has a famous duet between the bass trombone in the orchestra and the soloist; you might even describe it as a battle. The flute wins, of course. 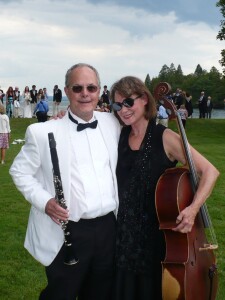 Bonnie Klimowski (VSO cellist) first met her clarinetist husband Steve in Woolworth’s in Tolucca, Mexico. They were both employed by the Orquesta Sinfonica del Estado de Mexico, a full-time symphony orchestra based in Tolucca. They spotted each other and were drawn irresistibly to each another because they both spoke English, but decided to be “just friends.” That lasted for a whole week. After touring in Mexico and the U.S. for three years, they settled in Vermont, where they have had the joy of playing great chamber music together.

Brooke Quiggins (assistant principal second violin) was working in the Student Engagement office at Manhattan School of Music following graduation when she met Kyle Saulnier, a second year Jazz Composition Master’s student. They have mostly run in separate musical circles (they tried to play duos once, which lasted about 10 minutes.) Then Kyle wrote a violin concerto for Brooke and his 18-piece jazz orchestra, which Brooke says might be one of the most challenging pieces she’s played to date. Together for over 15 years, married for over 11, they love to go on adventures and argue over who has funnier jokes. 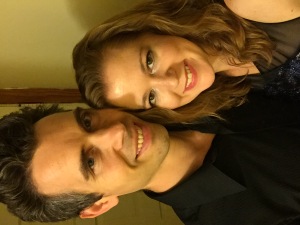 VSO cellist Jonathan Brin and his violinist wife Amanda both grew up in New York and crossed paths at state music conferences in high school, but they didn’t actually get to know each other before meeting at Eastman School of Music. They played in a quartet together for about two years before they started dating. One memorable musical moment for them was when they performed the Nocturne from Borodin’s Quartet No. 2 (thought to be an anniversary present for Borodin’s wife) as a gift to their parents at their own wedding reception. 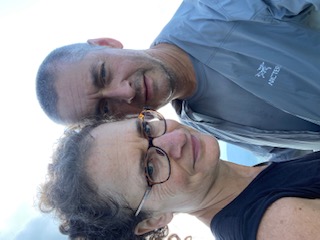 Move over Brangelina and Bennifer, VSO has Jola! John Dunlop (cello) and Laura Markowitz (violin) met backstage at a VSO rehearsal in the early 90s, after Laura had just moved to Vermont. They formed a ensemble together, the Queneska String Quartet. The other two players ended up becoming a couple, and Jola followed suit soon after. They enjoy jamming together, sometimes with John playing bouzouki and Laura retuning her fiddle into wacky tunings (i.e., AEAE, a personal favorite). 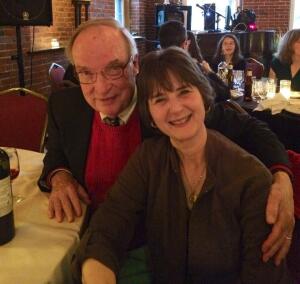 The summer of 1981 was the first of two years that the Vermont Symphony sponsored the Green Mountain Summer Music School in Poultney. Janet Polk (principal bassoon) was hired to teach at the music school. While there, she met Dr. Keith Polk, a musicologist and horn teacher at the University of New Hampshire, who was also hired to be a faculty member at GMSMS. In 1984 Janet moved to Burlington from Massachusetts, and Keith wasted no time in asking her to get together for dinner. That was their first date of many—and they were married in August of 1988. 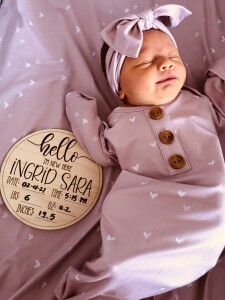 VSO violinists Tudor Dornescu and Aleksandra Labinska met in the fall of 2009, in a doctoral program at Boston University. They actually attended the same orientation meeting, though they didn’t speak to each other then, only timidly acknowledging each other’s presence a few weeks later. A lifetime ago, they both spent their early years in Eastern Europe (Romania and Poland, respectively). Although they grew up in different countries, there is a great similarity in the way they began their lifelong relationships with music. A few years ago they completed their first tour of China, performing as a duo in 22 cities in 26 days. On a family note, on February 1 they welcomed the birth of their baby girl Ingrid Sara – just in time for Valentine’s Day!

Support music in your community. Donate