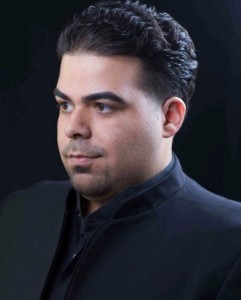 A graduate of the Conservatory of Music of Puerto Rico, tenor Daniel Mojica made his debut at the Casals Festival in 2016 in El Retablo de Maese Pedro by Manuel De Falla. He made his professional debut with the Puerto Rico Symphony Orchestra as a soloist in the Zarzuela Gala and in a concert staging of La Leyenda del beso. He then sang featured roles in Amahl and the Night Visitors, The Merry Widow and El Dúo de la Africana. He has played the tenor leads in Gianni Schicchi and La Bohème, as well as Yamadori in Madama Butterfly with Ana Maria Martinez. He was a soloist in the Teatro de la Ópera’s Verdi Gala and the Gala Zafiro for Ópera de Puerto Rico. Mojica has performed with the Festival IVAI in Montreal; in Orlando with Sherrill Milnes and Friends; the Mozart Requiem in Miami; La Périchole for Franco-American Vocal Arts in France; La Dolorosa and La Traviata in New York; Orpheus aux Enfers and La Tragedie de Carmen in Houston, and recitals in New York City.  An accomplished pianist, he is currently a choir director and music teacher in New Jersey.