All concerts begin at 8:00 pm and are preceded at 7:00 pm by Musically Speaking, a free pre-concert discussion that provides entertaining insight into the evening’s program.

For the final concert of the season Jaime has crafted a brilliant and varied program featuring a soloist who is as musically accomplished as her name is fantastic: Nokuthula Ngwenyama (pronounced “Knock-oo-toola” “Ing-wen-yama”). She made her VSO debut in 1996 with the Walton Viola Concerto, and returns for the expressive and dramatic Harold in Italy by the endlessly imaginative French composer Hector Berlioz. This program begins with Concert Românesc (Romanian Concerto), written in the 1950’s by the Hungarian composer György Ligeti. The piece was actually banned from public performance by the Romanian government, and it wasn’t until 1971 that it was finally premiered at a music festival in Fish Creek, Wisconsin. Before intermission, we turn to Tchaikovsky’s Romeo and Juliet Overture-Fantasy. Tchaikovsky was a tortured man who struggled with his homosexuality (a major taboo in 19thcentury Russia), and he strongly identified with this tale of forbidden love. We hear passion, longing, sadness, and ultimate tragedy play out in this popular overture. Berlioz described Harold in Italy as “a series of scenes for the orchestra in which the viola finds itself mixed up.” The title refers to Byron’s narrative poem “Childe Harold,” with the viola cast as the romantic loner, a melancholy dreamer. The moods of the different scenes range from rustic to soulful, with the final movement, “Orgy of the Brigands,” bringing the work (and the concert and the season!) to a spectacular finish.

Featured as a “Face to Watch” in the Los Angeles Times, Nokuthula Ngwenyama’s performances as orchestral soloist, recitalist, and chamber musician continue to garner great attention. Gramophone proclaimed Ms. Ngwenyama’s playing as providing “solidly shaped music of bold, mesmerising character,” and the Washington Post described her as playing “with dazzling technique in the virtuoso fast movements and deep expressiveness in the slow movements.”

Nokuthula Ngwenyama came to international attention when she won the Primrose International Viola Competition and the Young Concert Artists International Auditions at age 17. Plaudits followed her debut recitals in Washington, D.C. at the Kennedy Center and in New York at the 92nd Street ‘Y’, and in 1998 she received the prestigious Avery Fisher Career Grant.

Ms. Ngwenyama was chosen for the coveted Duncanson Artist-In-Residence at the Taft Museum. She subsequently appeared in Washington D.C. at the Cosmos Club, at Symphony Space in New York, and at the Kimmel Center in Philadelphia, among others. Past seasons include appearances with the Cincinnati Symphony, the Nurnberg Philharmonie and world premiere performances of Andrew Norman’s Sabina in Washington DC’s Kennedy Center and Merkin Hall in New York. She has also performed with the Charlotte, Austin, Jackson and Memphis symphonies, and with the Chamber Music Society of Lincoln Center. Additionally, she “fascinated on viola and violin during recital” (Washington Post) at the National Academy of Sciences in Washington, DC and with the Philadelphia Chamber Music Society.

Ms. Ngwenyama has performed throughout the United States and abroad. Domestic appearances include performances with the Atlanta, Baltimore, and Indianapolis symphonies, the Los Angeles Philharmonic and the National Symphony Orchestra. She has been heard in recital at Tokyo’s Suntory Hall, the Louvre, the Ford Center in Toronto, and the Maison de Radio France. Summer festival appearances include Green Music, Vail, San Diego’s Mainly Mozart, Chamber Music Northwest, Marlboro Music Festival, and Spoleto USA.

No stranger to television and radio appearances, her performance at the White House, commemorating the 10th anniversary of NPR’s Performance Today, also featured artists Wynton Marsalis, James Galway, and Murray Perahia. A vivid portrait of Ms. Ngwenyama was televised nationally on CBS Sunday Morning with cultural correspondent Eugenia Zukerman. She was featured on the Emmy Award-nominated PBS program Sound of Strings in the “Musical Encounter” series, hosted by cellist Lynn Harrell. A dedicated advocate for the arts, she has testified before Congress on behalf of the National Endowment for the Arts. As an artist recording on the EDI label, she has collaborated with pianist Mihae Lee on Grieg and Debussy, and with guitarist Michael Long on Bach Partitas as well as Corella’s Che! A Musical Biography. Her collaboration with pianist Jennifer Lim on the Rubinstein viola and violin sonatas was released to excellent reviews (EDI Records).

In addition to her performance activities Ms. Ngwenyama served as visiting professor at the University of Notre Dame in 2007, where she lectured on the subjects of African Music, and Music and World Religions. From 2008-2010 she was a visiting professor at Indiana University. She has been director of the Primrose International Viola Competition since 2005 and assumed presidency of the American Viola Society in 2011. Born in California of Zimbabwean-Japanese parentage, Ms. Ngwenyama graduated from the Curtis Institute of Music. As a Fulbright scholar she attended the Conservatoire National Superieur de Musique de Paris, and received a Master of Theological Studies degree from Harvard University. 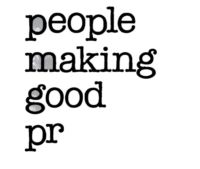