NOTE: TONIGHT’S TALK HAS BEEN POSTPONED. Please check back for updates.

Join Executive Director Elise Brunelle on Zoom for a half hour chat with the VSO’s next Music Director candidate, conductor Tania Miller. Maestra Miller will conduct the March 26 Classical Series concert at the Flynn with music by Dinuk Wijeratne, Jean Sibelius and Sergei Rachmaninoff featuring piano soloist Stephen Hough. At 6:00 pm you can join the Zoom by clicking here. 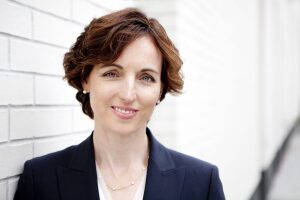 Canadian Conductor Tania Miller has distinguished herself as a dynamic interpreter, musician and innovator. On the podium, Maestra Miller projects authority, dynamism and sheer love of the experience of making music. As one critic put it, she delivers “a calm intensity . . . expressive, colourful and full of life . . . her experience and charisma are audible”. Others call her performances “technically immaculate, vivid and stirring”.

Maestra Miller was Music Director of Canada’s Victoria Symphony for 14 years, and gained acclaim for her commitment to the orchestra and community during that time. She has distinguished herself as a visionary leader and innovator with a deep commitment to contemporary repertoire and composers. She gained a national reputation as a highly effective advocate and communicator for the arts. Her writing has been featured in the American Symphony Orchestra League’s Symphony Magazine, Toronto’s Globe and Mail, and Better Humans.